The 2020 Super Bowl Ad Awards For The Non-Poetic 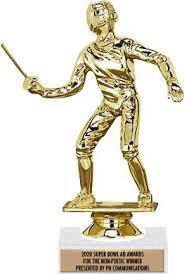 Welcome to the 2020 Super Bowl Ad Awards For The Non-Poetic! Super Bowl LIV is history, the Chiefs are  Super Bowl champions, the Great State of Kansas is celebrating, and it’s time to reveal our judging panel’s (me and Office Dog) favorites from this year’s crop of Super Bowl ads.

Note that, while everyone has their opinions of the best and worst, funniest and failures, award winners and money wasters, noteworthy and not worthy, our honors may stray wildly from the standard accolades for Super Bowl ads. Our goal is to recognize the Super Bowl ads that stuck, the ones that sucked, and the ads resonated with the person who watched the game first, the commercials second, and had a beer or two while actually enjoying the entire show (from the viewpoint of an advertising guy who worked Super Bowl promotions in bars for 15 years). So, without further non-poetry…

The A For Execution But… Award

Tide’s four spot arc left you guessing both what brand was actually advertising and where it was going next. However, while well done, amusing, and made lots of impressions, Tide did the multi-spot-arc thing in the Super Bowl several years ago. Hence, this version was predictable and the payoff spot in the fourth quarter (when attention spans are fading) left me a flat.

This award honors the best use of animals (preferably monkeys) in Super Bowl ads. However, monkeys seem to be passé in Super Bowl advertising these days. In fact, fictional creatures far outnumbered the use of real animals in Super Bowl ads this year. Given that, WeatherTech’s ad highlighting the CEO’s dog and the veterinary medicine school that helped rid him of his cancer stood out. More notable was that the spot ended with a link for viewers to donate to the veterinary school without any mention of a Weathertech product. While lacking any product, Weathertech actually exuded gratitude and certainly recouped its investment in warm fuzzies and positive brand impressions.

New apps and new tech have a long history of dropping the farm for a Super Bowl ad (in 2020, $5.6 million for a :30 ad), but then not quite being able to tell the story of that technology in the time allotted. This year, that technology (Is it an app? A streaming service? Both?) was something called Quibi, which is short for “quick bites.” I seem to recall something about “episodes in 10 minutes or less,” but it wasn’t clear what you’d watch in 10 minutes or less. Overall, the spot was conceptually tired and took too long to pay off. Thus, for $5.6 million, millions of people may now know the name Quibi, but they still don’t know WTF it is…

Procter & Gamble apparently couldn’t decide which of their brands they wanted to feature. Instead of choosing, they left it up to the public to choose via an interactive website. While that was… odd… they also wound up with 10 or 12 brands all jammed into one :60 second spot. Add in too many celebrity cameos, including comedic actor Rob Riggle as a paper towel roll-ejaculating superhero, and got a spot that was too busy, too cute, and trying way too hard to be over-the top, even within the confines of Super Bowl ad excess.

The Please Just Go Away Award

Featuring the Adult Swim cartoon characters from Rick and Morty, this ad was notable for Rick screaming “We’re trapped in a Pringles commercial,” as he’s surrounded by several robotic Mortys, “flavor stacking” chips. I’m not a member of the demographic that spot aimed for but, for what seemed like an eternity, we were all trapped in an annoying Pringles commercial.

For no reason other than cheap buzz, Planters “killed” Mr. Peanut in advance of the Super Bowl. Predictably, it resurrected him on game day in the form of Baby Yoda Peanut. Overall, it was a cheap, lazy stunt. Add in the Baby Yoda Peanut merch they immediately began flogging, and it just came off as crass.

The Best Waste Of Money On A Dying Brand Award

Budweiser continued their trend of feel-good ads celebrating hard-working Americans who deserve a classic American beer like Budweiser. Trouble is, Budweiser is no longer American-owned, craft beer consumption is growing nationwide, and market share for traditional light lager beer brands like Budweiser is nosediving. Add in the lack of the brewer’s signature Clydesdales, and Budweiser spent big money to make America feel good about a beer they’ll never buy.

Best Pointless Use Of A Celebrity Award

The Sabra Hummus spot was the runaway winner for most pointless use of a celebrity honors. Why? Because it featured not just one celebrity but instead crammed 19 “celebrities” into one :30 second spot. Throw in that some of those “celebrities” weren’t exactly A-list names (or even B-list for that matter), and that the ad tried to force feed some quasi-indecipherable hashtag, and the Sabra Hummus ad was ho-hum and fairly superfluous.

Coke got a lot of pre-game buzz for their Coke Energy spot that featured Martin Scorsese and Jonah Hill. For my money, it took too long to pay off and there was no connection between Scorsese and Hill. Together, the whole concept (if there actually was one) just seem contrived. That I spent the first two-thirds of it thinking it was another Quibi spot also didn’t help.

Admittedly, I went into this one biased, having seen the Jeep Groundhog Day spot before the game. And, based on my social media activity, it was unlikely anyone had not seen it before the game. As it happened, the spot ran in the fourth quarter, which only added to the anticipation (and the number of people looking for it). That it was funny and featured Bill Murray reprising his role in a beloved movie was great. But it also went beyond the movie and did something that sometimes gets lost in Super Bowl ads. That is, it actually showed the features and benefits of the Jeep Gladiator. That’s right, a Super Bowl ad that actually tried to sell a products on some of its merits. Revolutionary!

While there were some other amusing and well done ads this year (Cheetos, Quicken Loan-Rocket Mortgage/Doritos Cool Ranch/T-Mobile/Avocados From Mexico), the Jeep Groundhog Day ad stood out the most, and that’s the one that will be the most talked about around the water cooler tomorrow!

So, there ya’ go… my take on the Super Bowl ads for 2020. Some good, some bad, some creative, some cliché. Feel free to leave your thoughts, picks, pans, favorites and failures in the comments. And, until then, when does the 2020 football season start?